5280 Magazine has released their 2016 Top Lawyers list.  5280 invited practicing attorneys in the seven-county metro area to vote for the colleagues, contemporaries, and counterparts they respect most in 49 legal specialties. Nearly 1,000 lawyers weighed in.

Jeff and Heidi made the list in 2015 and 2016 for Construction Defect Litigation. 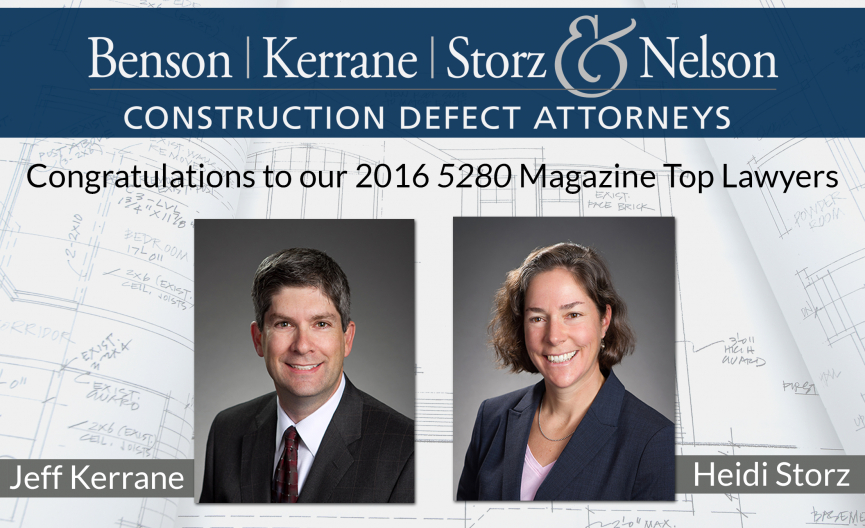